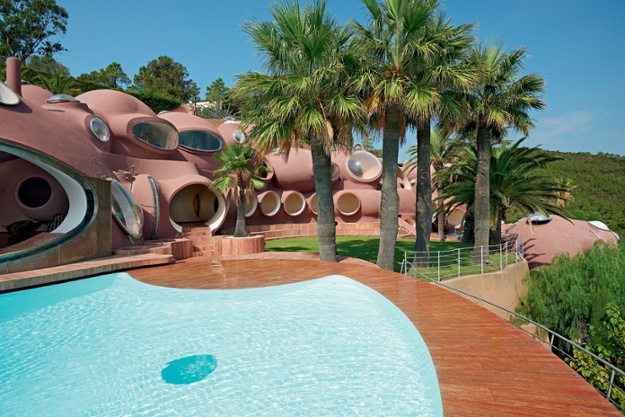 More than four decades since it was conceived by architect Antti Lovag, the radically beautiful Palais Bulles remains as awe-inspiring as ever

Nestled on the rocky cliffs of the Massif de l’Esterel in the French Riviera, the interconnecting terracotta spheres that make up Palais Bulles embody Antti Lovag’s unconventional architectural philosophy, in which straight lines are viewed as “an aggression against nature.” Everything from the porthole windows and sinuous walkways to the luxurious beds are round, spherical, curved. “As you move through the property from bubble to bubble, you experience a wonderful interplay of volume, from cozy and intimate to space on a grand scale,” says Angie Delattre, head of the Prestige department at Michaël Zingraf Real Estate, an Affiliate of Christie’s International Real Estate. “It’s impossible not to have a strong emotional reaction to Palais Bulles. It’s playful, surprising, sensual. In perfect harmony with the surrounding landscape, sea, and sky.” 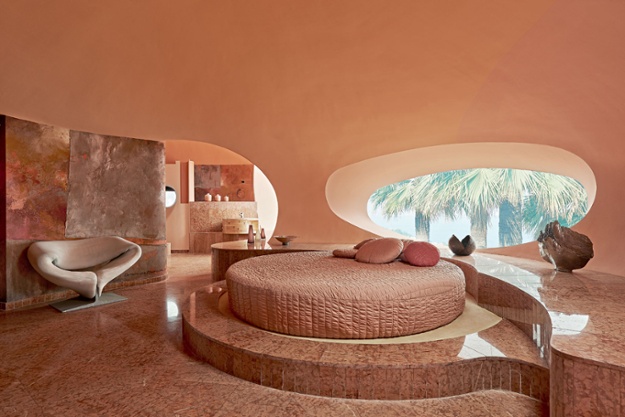 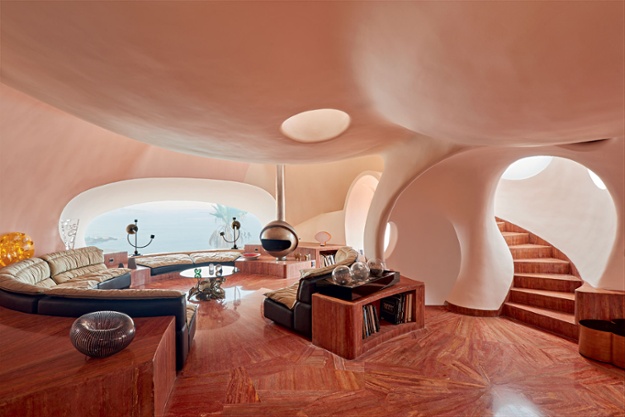 Commissioned in the mid-1970s by French industrialist Pierre Bernard, the estate remained uncompleted at the time of his death. It wasn’t until Pierre Cardin chanced upon it that Lovag’s vision was realized. “As the couturier behind the bubble dress and satellite cape, Cardin was deeply inspired by spherical forms,” says Delattre. “So when he saw Palais Bulles he experienced a coup de coeur.”

“As the couturier behind the bubble dress and satellite cape, Cardin was deeply inspired by spherical forms.”

After acquiring the property in 1991, he worked with Lovag to turn the residence into a palace “beyond time, beyond convention.” The property is not an official historical monument, but Delattre believes any requests to alter it would be refused on the grounds that it is an important work of architecture. 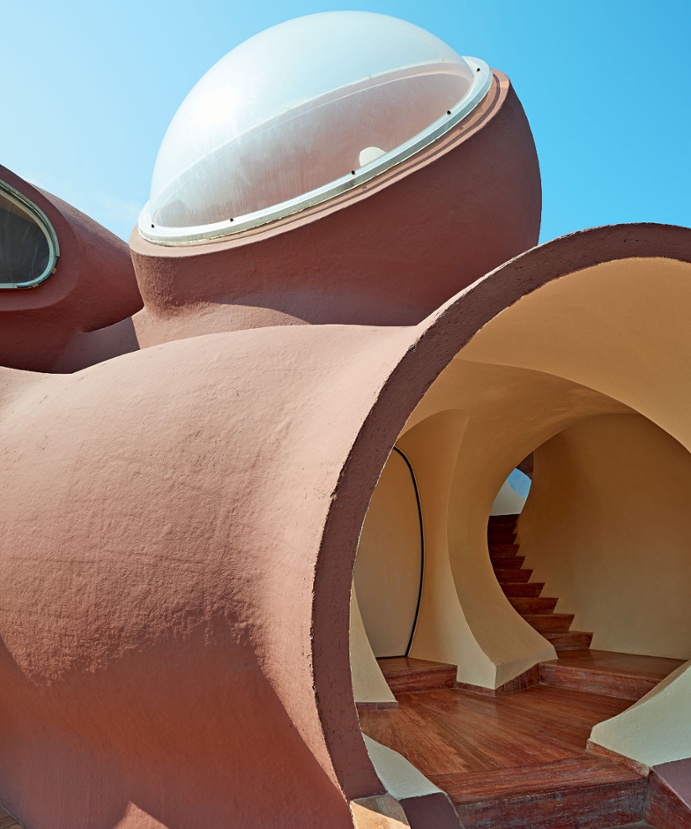 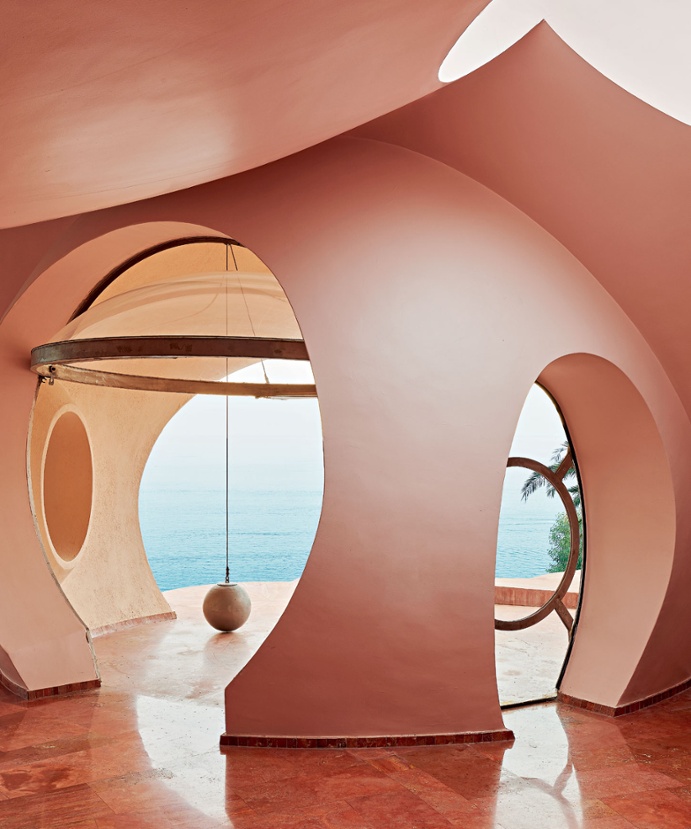 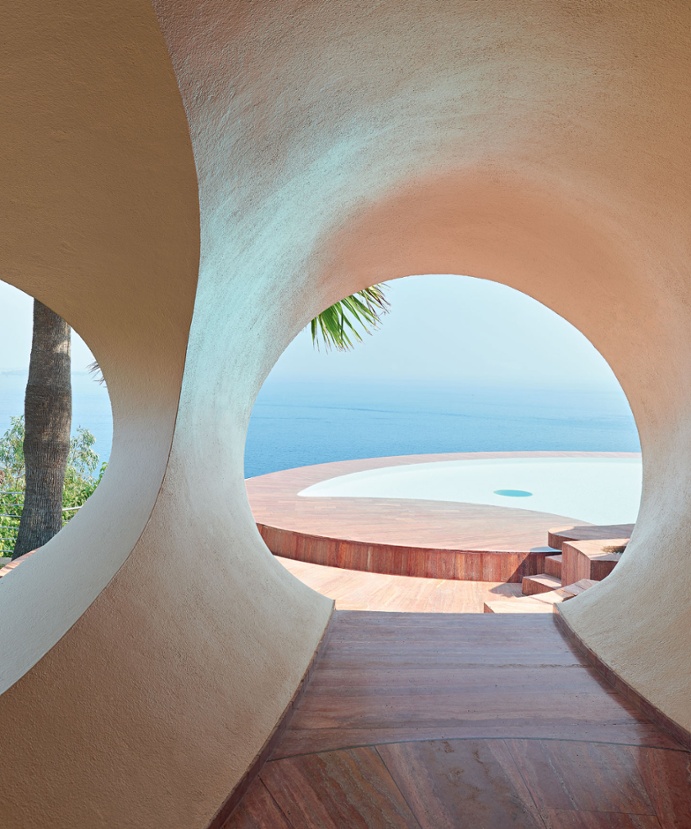 Palais Bulles has served as the location for myriad glamorous events, from films to fashion shows, including the Dior 2015 Resort Collection. It is also the subject of a sumptuous book, The Palais Bulles of Pierre Cardin by Jean-Pascal Hesse (Assouline editions). The estate has more than 12,900 square feet of living space that opens to a generous terrace and large infinity pool, positioned to magical effect between two of the Iles de Lérins. Add to that 180-degree sea views, suites individually decorated by contemporary artists including Patrice Breteau and Jérôme Tisserand—Cardin’s “gallery of living art”—and it’s easy to understand why this property has welcomed so many illustrious visitors in its time.

“More than a residence, it is a piece of art.”

But experiencing Palais Bulles offers more profound joys. “For Pierre Cardin, it’s a creative retreat that gives him energy and sustenance,” says Delattre. “More than a residence, it is a piece of art.” 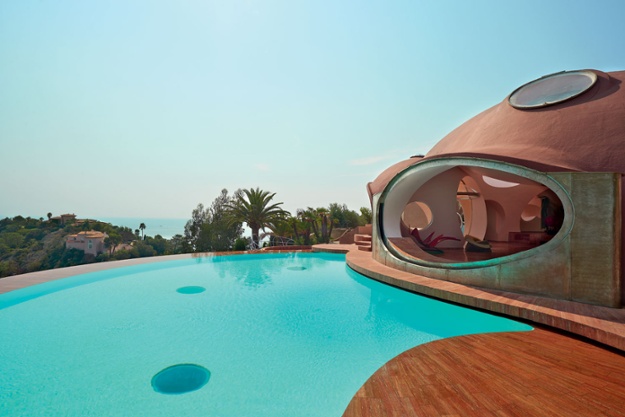