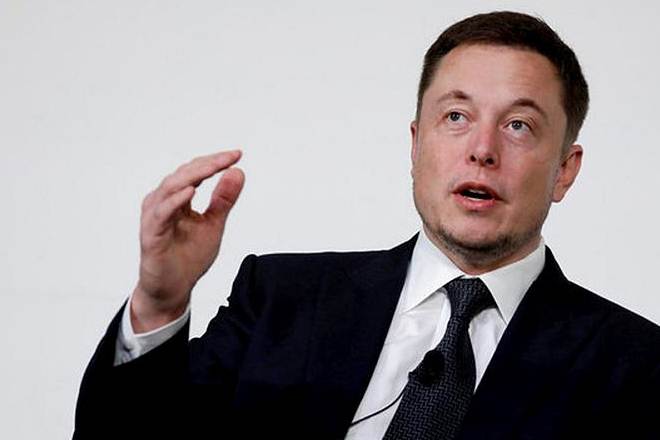 There’s a lot to admire about Elon Musk–his mission to build a more sustainable future and the passion he exhibits for his work. I’ve also lauded some of his excellent communiquésover the years.

But recently, it seems Musk has begun to crack under the extraordinary pressure he’s experiencing as CEO of Tesla. He’s currently under investigation by the SEC for a troublesome tweet he shared two weeks ago, which many interpreted as an attempt to manipulate Tesla’s stock price. And a recent New York Times piece depicted Musk as coming apart at the seams, as he was brought to tears multiple times during the course of the hour-long interview.

That’s why I was recently drawn in by a completely different type of interview, where Musk sat down with famous YouTuber Marques Brownlee. Brownlee is known for his uber-popular show „MKBHD” (an acronym that combines Brownlee’s initials and HD for „high definition”), which has over 6.5 million subscribers and almost a billion views.

Brownlee’s interview with Musk is split up into two sections. The first video, which is just under 18 minutes long, is a sit-down session where the two tech enthusiasts speak about Tesla products and the company’s future.

The second video, which runs just over 15 minutes, is a walk-through tour of Tesla’s factory, where Brown sees the process in action–and avoids getting run over by robots in the process.

As I watched both videos, I was riveted.

Here are a few highlights from Musk’s remarks (slightly edited for clarity):

On what he does all day when he’s at Tesla:

„I think a lot of people don’t realize I’m basically just in the factory in design or engineering meetings, or in production…. I think sometimes people think I spend a lot of time on Twitter. I don’t know why they would think that [laughing].”

On how he gets people excited about Teslas:

„We really put all the money into and attention into trying to make the product as compelling as possible. The way to sell any product is through word-of-mouth…. The key is to have a product that people love. Generally, people, if they’re at a party or [talking] to a friend or whatever, you’ll talk about the things that you love. If you just like something, it’s OK, you’re not going to care that much. But if people love it, you’re going to talk. And then that will generate generous word-of-mouth.

„And that’s basically how our sales have grown. We don’t spend any money in advertising or endorsements…so anyone who buys our car, they just bought it because they like the car. And, you know, it’s genuine.”

„Yeah, absolutely…. The key to making things affordable is design and technology improvements, as well as scale.

„If you think of like, say, phones…the earliest cell phones, like in the original [movie] Wall Street, the guy’s walking down the beach and he’s [carrying] a massive phone, and all it could do was phone. And it had 30 minutes of battery life. At that time, in the absence of technology improvements, no amount of money, no amount of scale could have made that phone affordable. There had to be a lot of engineering iterations, a lot of design iterations. And we’re probably, I don’t know, on the 30th version of a cell phone. And with each successive design iteration, you can add more capability, you can integrate more things, you can figure out better ways to produce it. So, it actually gets better and cheaper. It’s a natural progression of any new technology; it takes multiple versions and a large volume to make it affordable.”

„[The Model X] was definitely an exercise in hubris. The X is an amazing car, but we kind of got carried away with the art and technology. Obviously, you want great art. You want great technology. But we did get a little distracted from our mission which was to advance the cause of electric vehicles. And it probably delayed us a little bit with the Model 3 as well.”

On the future of Tesla:

„It’s a tough strategic call between focus and wanting to do a bunch of different models. I think we want to try doing two at the same time…and then if we’re good with that, then we can just try doing three at a time. A lot of the other manufacturers, they’ll do like 12 at a time. They’re way bigger than us.”

As you watch the videos, it becomes obvious that Musk is committed to his work, and he seems to be extremely knowledgeable about the minutiae of his company (as he should be).

But beyond that, Musk comes off as extremely real and authentic. Watching this interview reminded me that behind the media reports, behind the Twitter persona, behind whatever larger-than-life caricature that has emerged in recent years, lies a real person.

Elon Musk is a regular guy, albeit a very smart one, who happens to be attempting some pretty ambitious ventures. As I try to put myself in his shoes, I can only begin to imagine how difficult of a job he has.

Oh yeah, and he probably needs a vacation. I hope he gets one soon.