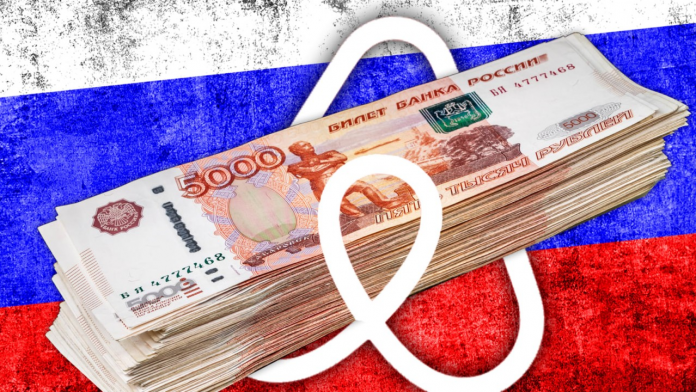 Throughout history, Russia has spawned some of the most brilliant philosophers, writers, inventors, scientists and computer programmers in the world, but following the collapse of the Iron Curtain, Russian ingenuity would similarly take the dark art of money laundering to new and innovative heights.

In the chaotic era of Russian privatization, marked by the ravenous and internecine looting of Soviet state assets, mastery of the offshore financial system became vital for an emerging class of wealthy Russians to safeguard their new and often dubiously minted fortunes. Squirreling assets away in shell companies, foundations and trusts in jurisdictions as diverse as Panama, Lichtenstein and various tax havens across the Caribbean, these were largely defensive measures enacted by the first generation of Russian oligarchs to prevent rivals and other gangsters from plundering their newfound riches.

According to past congressional testimony from ex-KGB officer Yuri Shvets, the “main players of the game were high ranking officials of the Soviet Communist Party, top KGB leadership and top bosses of the criminal underworld. The primary objective of this brotherhood was to accumulate maximum personal wealth and build safe havens abroad before Russia plummeted into financial chaos.”

Between 1999 and 2015, Russia suffered a total net capital outflow of $550 billion, according to official Russian government data. But in the book and Panama Papers expose “Secrecy World”, author Jake Bernstein writes that the true outflow figure could actually surpass a trillion.

While anonymous legal entities and low-intervention jurisdictions have enabled Russian state graft and the subsequent laundering of those proceeds on an industrial scale, these vehicles merely serve as the architectural foundation for increasingly creative and elaborate financial-crime schemes. Beyond normal depositary banking channels, the real genius in Russian money-laundering tradecraft has been its ability to bend capital market infrastructures, intercorporate financial contracts and foreign court systems to serve its deviant will.

In January 2017, global white-collar racketeering conspiracy and occasional financial institution Deutsche Bank agreed to pay regulators in the U.S. and UK a staggering $630 million for brokering $10 billion in sham stock trades that were likely used to launder Russian flight capital.

This so-called mirror trading scheme entailed the simultaneous buying and selling of securities by the same ultimate beneficial owner (UBO). As the New Yorker notes, this practice is not inherently unlawful. The practice of “arbitrage,” where traders exploit price discrepancies of various securities, currencies and commodities across diverse exchanges and markets, is a cornerstone of global finance.

However, repeated mirror trades, particularly those executed with no apparent economic purpose, as was the case with DB, “suggest a sustained plot to shift and hide money of possibly dubious origin,” writes the New Yorker’s Ed Caesar.

The scam worked as follows. A Russian broker named Igor Volkov, who represented the interests of Russian investment funds, would phone the equities desk of DB’s Moscow office and speak to a sales trader. Volkov then asked the trader to execute two simultaneous transactions. In the first trade, Voklov would use Russian rubles to typically purchase about $10 million worth of a stock (but sometimes as much as a billion) on behalf of one of his Russian fund clients.

The broker then followed up the first trade with a second, where he represented the interests of a different fund, typically located offshore in territories like the British Virgin Islands. For this transaction, Volkov asked the DB agent to arrange the selling of the exact same stock, and in the same exact quantity as he just purchased, in exchange for dollars, pounds or euros. The beauty of this laundering mechanism is that both the Russian fund company and the seemingly unrelated offshore fund had the same owner.

“Because the Russian company and the offshore company both belonged to the same owner, these ordinary-seeming trades had an alchemical purpose: to turn rubles that were stuck in Russia into dollars stashed outside Russia,” writes Caesar.

The DB mirror-trading debacle thus illustrates the vulnerability of the capital markets to money-laundering risk.

According to Dev Odedra, an independent AML expert and the director of Minerva Strategem Consulting, “capital markets offer the ability to move large funds, fast and globally. There is a real money-laundering risk here that not only the trading/front staff need to be trained on and aware of, but that compliance staff needs to wise up to. The majority of focus on capital markets transactional activity seems to have been focused on market manipulation and insider trading only and not enough on money laundering.”

Ultimately, it appears that the Russians identified this weakness in financial market infrastructures before anybody else.

Another inventive tactic used by Russian money launderers is highly preferential terms on intercompany loans. In “Secrecy World”, Bernstein details how these schemes factored into the Mossack Fonseca-registered “Bank Rossiya network,” which were a group of shell companies linked to a cabal of St. Petersburg businessmen who seized control of the Communist Party’s shares in the bank during the 90s. “Using his government position,” writes Bernstein, “Putin helped legalize the transfer from state asset to private hands.”

Bernstein points to one shell company in the BRN called Sandalwood, which received $2 billion worth of capital inflows from “questionable loan arrangements” and “curiously advantageous share deals.” Despite having an owner with a non-existent business or commercial background, Sandlewood was able to secure lines of credit “up to $800 million” from the Russian Commercial Bank of Cyprus (RCB), over a three-year span from 2009 to 2012. According to Bernstein, “the bank made this money available to a man with no track record and a company with no discernible business model.”

The leaked Mossfon files obtained by the International Consortium of Investigative Journalists (ICIJ) (which sadly declined to run a dope-AF piece I wrote about graph convolutional networks for bank AML) showed that Sandalwood made $600 million worth of loans in 2009, and at least $350 million in 2010. Most of the funds flowed to other shell companies registered by corporate-services providers other than Mossfon.

Some of the Sandalwood-dispersed loans uncovered by the ICIJ include multiple arrangements with a Russian company called Ozon, offering an interest rate of 1 percent. According to Bernstein, “repayment terms on some of the loans sometimes stretched for as long as 20 years. The loan terms also changed currencies, further depreciating how much Ozon needed to repay.”

The Russian Laundromat was a sprawling capital-expatriation conspiracy, where a group of oligarchs who held hundreds of millions of U.S. dollars in state contracts with government entities devised a brilliant plan to siphon some $20.8 billion out of the country.

Through a core web of 21 anonymously owned shell companies based in the U.K., Cyprus and New Zealand, Russian Laundromat funds slipped through the AML controls of some 50 financial institutions all over the world.

This is how the scheme worked. Laundromat architects used their web of shell companies to make fake loans from one front entity to another, issuing debt that only on existed paper. In reality, no credit was ever extended by any entity. The debtor would then default on the loan and a Moldovan judge, who was in the pocket of Russian conspirators, would rule in the creditor’s favor.

After the ruling, the court would appoint an executor – who was also corrupted by the Russians – to arrange the transfer of judgment funds from the Russian-based defaulter to a Moldovan bank account. This legal procedure effectively laundered billions in Russian flight capital with a court-sanctioned seal of approval.

The layering of extraterritorial legal regimes and the corruption of their judiciary institutions over the core mechanism of corporate loan fraud is a clever triangulation of laundering tradecraft that again appears to be preeminently Russian in provenance.

Another laundering technique highlighted in “Secrecy World” is the arbitrary swapping of shares between shell companies. The book highlighted one company called International Media Overseas, which on paper, was owned by Russian cellist Sergei Roldugin. By mere chance, Roldugin happens to be Putin’s best friend and the godfather to his older daughter, Maria.

Bernstein chronicles one share swap executed by International Media and an anonymous Cayman Islands firm, involving identical amounts of Russian military company Rostec’s stock. “No actual Rostec shares exchanged hands since the amounts offset each other,” writes Bernstein. But the contract was then backdated, making the value of the Cayman company’s shares lower on the older date. As a result, the Cayman firm had to pay International Media the difference.

Additionally, Bernstein notes another similarly dubious share-purchase agreement, where International Media arranged to buy shares of the Russian technology firm Rosneft from an anonymous Panamanian company unaffiliated with Mossfon. But there was a contractual provision in the agreement that entitled Roldugin to a $750,000 penalty payment in the event the deal failed to execute.

On the day of the purchase, writes Bernstein, “two deal documents went out.” “The first executed the sale. The second canceled it, triggering the failure provision and guaranteeing the bonanza for Roldugin’s company. In this way, an unexplainable payment was made to look legitimate.”

Given the level of intricacy involved in these schemes, and the way they co-opted more esoteric capital market infrastructures, it’s fair to say that Russian money launderers are among the most sophisticated in the world. More recently, Russian laundering tradecraft has begun to probe the potential of virtual currency, as evidenced by the sensational $10-billion (at least) BTC-e case.

Dovetailing with that investigation, the growing feeding frenzy to purchase billions worth of Mt. Gox creditor claims for veritable pennies on the dollar, may set the stage for the next great Russian rinse. Joining Gox vultures like private equity firm Fortress Investment Group, other financial institutions and Burning Man crypto-warlock Brock Pierce, Russian law firm ZP Legal has recently entered the fray, soliciting Gox creditors with assurances it can recover 170,000 – 200,000 of heisted BTC from cybercriminals, who are currently being prosecuted in Russia.

The only catch to the law firm’s offer is that they are demanding a 50-75 percent fee on the value of all assets recovered. Were ZP Legal to achieve critical mass in creditor signups, prominent Gox victim and the man who may have cracked the BTC-e case, Kim Nilsson, told me he believes the law firm could stand to make $1-$2 billion off of the recovery effort.

The BTC being dangled by ZP Legal are reportedly at the center of a secretive criminal case being investigated by Russia’s Ministry of Internal Affairs (MVD), according to my sources in Russia. Supposedly, the focal point of the MVD’s investigation is a notorious Russian oligarch, who is not as untouchable as he once was, following the conviction of former FSB Colonel Sergei Mikhailov, previously the head of Russia’s Center of Information Security, for treason earlier this year.

Thus, ZP Legal is representing this oligarch’s interests and could potentially be orchestrating this whole charade as a vehicle to launder the businessman’s illicit crypto war chest as a legitimate and court-certified settlement transaction. But this is just one possibility in a vast ecosystem of financial deviance.

Given their apparent mastery of capital-markets laundering, why wouldn’t Russians be exploiting the glaring AML gaps in the hedge fund sector? Similarly, why wouldn’t Russian launderers be actively seeking “reservoir hosts” in the form of venture capital and private equity funds, with their preponderance of private placements and obscure secondary market transactions and counterparties?

That’s what I would do.