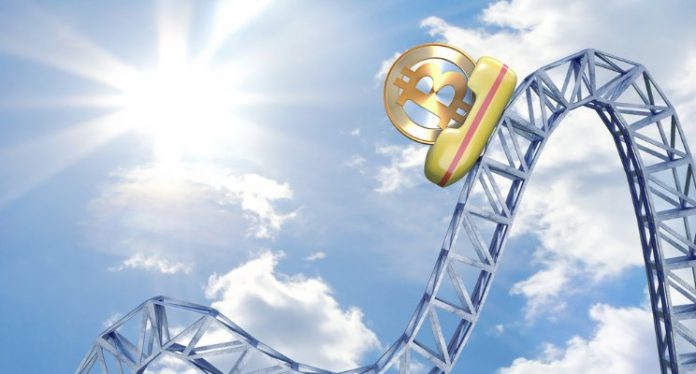 During the late ’90s, Silicon Valley venture capitalists and New York City investment bankers used phrases such as “monetizing eyeballs,” “stickiness,” and “B2C” to justify the ridiculous valuations of Internet companies. They claimed conventional methods were inapplicable in valuing the dot-com companies — which had no revenue — because we were entering an entirely new economy.

Believing these people, and afraid to miss out on the gold rush, small-time investors, grandma and grandpa, and barbers and taxi drivers invested their life savings in companies such as Pets.com, Webvan, and eToys. The bubble burst, and they lost everything. Through a transfer of wealth in the billions of dollars from Main Street to Wall Street, VCs, unscrupulous CEOs, and bankers had effectively enriched themselves at the expense of hundreds of thousands of ordinary investors, leaving them to despair about their futures.

History is repeating itself now with Bitcoin. This time, it isn’t just Main Street U.S.A. that is about to lose its shirt; it is also the developing world. Technology has made it possible for hypesters in Silicon Valley, China, and New York City to fleece anyone, anywhere, who has a bank account and an Internet connection.

The story that Bitcoin victims are being sold is that, because we cannot trust government-issued currencies, Bitcoin is the future of money. One investor calls Bitcoin “a gift from God to help humanity sort out the mess it has made with its money.” A PayPal director predicts that Bitcoin’s price will reach $1 million in the next five to 10 years; asset managers say it is the new gold.

This is complete nonsense. Yes, the price of Bitcoin may yet double or even quadruple — because its price is based on pure speculation, and these stories are feeding such speculation. But Bitcoin’s market price is almost certain at some point to crash and burn, just as the dot-coms did, and for the same reason: because it is all hype. And there will be no one to turn to when it does, because no government or bank is backing it up; and the people who are hyping Bitcoin will have cashed out and be long gone.

Bitcoin’s price is not a reflection of its growing usage as currency; it reflects merely demand for the mirage of its speculative value. Its price is rising only because people all over the world are hearing stories of how others doubled or tripled their money in a short period — and they don’t want to miss out. Unsophisticated investors are taking out loans to buy Bitcoins. Those who have spent the currency feel remorseful when they see its price subsequently increase, so they hoard it.

Bitcoin was invented by an unknown person or group to be a digital currency. It allows money to be transferred directly between individuals using cryptography. The bank ledger is distributed to all users, and complex mathematical transactions ensure transaction integrity. Such a system makes it difficult for governments to know the identities of people exchanging money, so it has become a haven for money laundering, drug dealing, and corruption.

Beyond its usability for crime, Bitcoin has major design flaws.

Bitcoins are created (or “mined”) at predetermined and gradually decreasing rates, with a total limit of 21 million issuable coins. The rate of increase in available Bitcoins is not keeping pace with the number of people keen to buy them, so the price of a Bitcoin keeps increasing. Because its price increases, both its “miners,” whose computers do complex calculations to earn the currency, and those who buy Bitcoins from others feel reluctant to use them as currency by spending them. Instead, they sit on their coins while they wait for the price to rise further. With Bitcoin supply constrained and increasingly falling short of demand, instead of functioning as a currency, Bitcoin is a speculative empty asset.

Then, there are problems with the technology itself.

First, anyone who has access to a Bitcoin password (or private key) has the authority to spend the Bitcoins it unlocks; loss of the password means loss of all of the associated Bitcoins, with no recourse. Second, linear growth in the chain of blocks that make up Bitcoin is resulting in exponential growth in the computation necessary to process and verify transactions: transactions that used to take 10 minutes now take hours. Third, with Bitcoin transactions fees hovering above $25, a $5 payment now costs $30. This obviously is not a workable digital currency.

What is most worrisome for the planet is the energy expenditure that verifying transactions now requires. The Bitcoin network is reportedly consuming energy at an annual rate of 32TWh — about as much as the entire nation of Denmark. Each transaction consumes 250kWh, enough energy to power an average Western home for nine days. China has become the dominant Bitcoin-mining nation, with its provinces providing ultra-cheap energy to miners.

Digital currencies surely are the future, but other options make more sense than Bitcoin. Take China’s WeChat Pay and Alipay, which now process $5.5 trillion of payments. Or India’s Unified Payments Interface, which makes it possible to transfer money between people within seconds — for no fee. This occurs bank to bank, provides customer support and security, and has little overhead. So there are better and simpler ways.