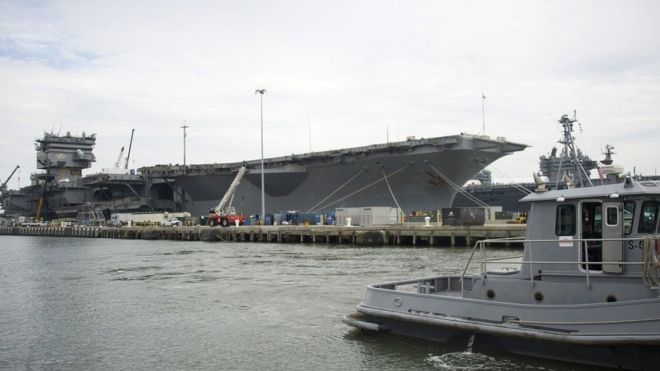 “…to counter Russia”
Yes, it’s true that Russia is asserting itself again – and that creates major geopolitical problems for US – the West.
But is it Russia indeed doing it on its own malign mindset – or is our constant marginalization of Russia, its lack of integration, which in-turn creates our geopolitical problems?!
After winning the war against villain Germany – winning together with Russia, of course – the marginalization and the lack of integration after the war, brought us to the Cold War.  That simple!  Rosevelt kept Stalin and Russia close, but he was only human – not eternal, and Truman came along with a new tough guy strategy on Russia (based on we have the bomb and you don’t, we don’t need you anymore on conquering Japan – and that started with not giving the promised loan guarantee (5-6 Billion at that time if I remember correctly) to reconstruct the war torn Russia – making America and Russia from allies to harsh enemies in an instant – the rest is history, the Cold War history!  Well, this is – of course, only a different perspective to the history of villainous Russia’s portraits of post war history in the West.  Let’s make it sure that nobody takes this writing in the wrong way – there’s and always will be a distinction between Communist Russia and Russia itself – Russia is no Communism, not at all!  Much the same way Marx – who’s celebrated these days in Germany (they say this is not celebration!) is no villain either in his Das Kapital… anyway, forget about it!!
The Merriam-Webster dictionary says “Marginalize – to put or keep (someone) in a powerless or unimportant position within a society or group”.   To think that Russia won the Cold War is ignorance- but is Russia in constant marginalization after ‘89 or isn’t?!
Enjoy :))
http://www.bbc.com/news/world-us-canada-44014761