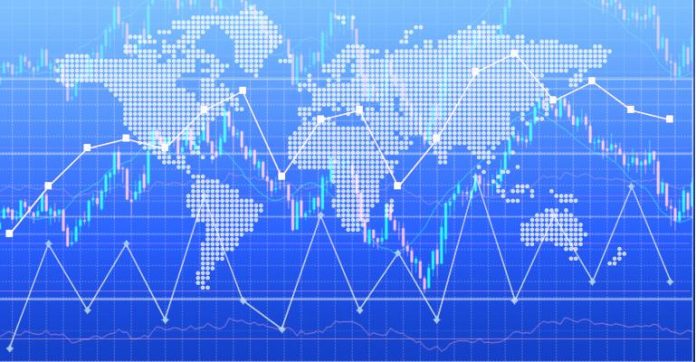 For manufacturers, exports have trended in the right direction through the first seven months of this year—a welcome development after weaker data in the past two years.

The state of the economy can often dictate how much growth certain industries are experiencing which can influence business decisions such as investing in business process improvement.

Ultra takes a huge interest in world economic affairs, with special focus on the U.S. manufacturing and distribution industry. October’s state of the economy update includes facts and figures captured over the last month, as well as details about events that have major sway over the economy.

The global upswing in economic activity is strengthening, with global growth projected to rise to 3.6% in 2017 and 3.7% in 2018. Broad-based upward revisions in the euro area, Japan, emerging Asia, emerging Europe, and Russia more than offset downward revisions for the United States and the United Kingdom. But the recovery is not complete: while the baseline outlook is strengthening, growth remains weak in many countries, and inflation is below target in most advanced economies.

Commodity exporters, especially of fuel, are particularly hard hit as their adjustment to a sharp stepdown in foreign earnings continues. While short-term risks are broadly balanced, medium-term risks are still tilted to the downside. For policymakers, the welcome cyclical pickup in global activity provides an ideal window of opportunity to tackle key challenges—namely to boost potential output while ensuring its benefits are broadly shared, and to build resilience against downside risks.

Global temperatures have increased at an unprecedented pace over the past 40 years, and significant further warming could occur, depending on our ability to restrain greenhouse gas emissions. Increases in temperature have uneven macroeconomic effects, with adverse consequences concentrated in countries with relatively hot climates, such as most low-income countries.

In these countries, a rise in temperature lowers per capita output, in both the short and medium term. Sound domestic policies and development alongside investment in adaptation strategies could help to some extent, but given the constraints faced by low-income countries, the international community must play a key role in supporting these countries’ efforts to cope with climate change.

Europe remained one of the brighter spots in the world, continuing to dominate the list of economies with strong manufacturing growth. The IHS Markit Eurozone Manufacturing PMI increased to its highest level since February 2011.

Manufacturing activity in France, Germany, Italy and the Netherlands once again grew at their quickest paces in more than six years, and Greek activity expanded at its fastest pace since June 2008. Real GDP in the Eurozone increased 0.6% in the second quarter. That translated into 2.3% growth year-over-year—its quickest pace since the first quarter of 2011.

The Caixin China General Manufacturing PMI declined from 51.6 in August to 51.0 in September but expanded for the fourth straight month. Survey respondents mostly cited slower—but slightly modest—growth for new orders, output and exports.

Future output, while continuing to indicate decent growth, was also seen expanding more slowly than last month. In addition to those measures, the rate of decline for employment stabilized a little, with that index at its highest point in six months despite contracting in every month since October 2013.

In Canada, real GDP grew 1.1% in the second quarter, accelerating from the 0.9% gain in the first quarter. With that said, output in manufacturing declined 0.4% in July, largely on weakness in the transportation equipment sectors, including motor vehicles and parts. More positively, manufacturing output has risen 3.7% year-over-year. At the same time, retail spending increased 0.4% in July, with year-over-year growth of 7.8%.

The IHS Markit Mexico Manufacturing PMI rose from 52.2 in August to 52.8 in September, suggesting modest growth generally. In September, new orders, output, and exports all increased, but employment eased somewhat. Looking ahead, manufacturers in Mexico remained very upbeat about future output even with a slight deceleration in the forward-looking measure. This would indicate strong gains in production over the next six months.

In the U.S., consumer confidence soared in October, rising to its highest point since January 2004, according to preliminary data. Overall, the report was encouraging and a sign that consumers felt more upbeat in their views on the economy and in their expectations for spending in the months ahead. Along those lines, retail spending rose sharply, up 1.6 percent in September, buoyed by hurricane-related purchases of motor vehicles and home repair supplies and by higher gasoline prices. The labor market has also been encouraging this year, with signs that the job market continues to tighten. Along those lines, manufacturing hiring remained robust in August.

The pace of hiring was the best since November 2007. As a result, net hiring jumped from 33,000 in July to 48,000 in August. Notable pickups occurred in both consumer and producer prices in September, largely from higher energy costs. The consumer price index increased 2.2% year-over-year in September, up from 1.9% in August and a five-month high.

A fair share of this increase was related to recent hurricanes and likely transitory in nature. Core consumer prices, which exclude food and energy costs, inched up 0.1% in September, or 1.7% year-over-year. Yet, measures suggest mostly modest inflation right now, even with the recent acceleration.

For manufacturers, exports have trended in the right direction through the first seven months of this year—a welcome development after weaker data in the past two years. This reflects better year-to-date figures in five of the top-six markets for U.S.-manufactured goods: Canada, Mexico, China, Japan, and Germany.

The lone exception was our fifth-largest trading partner, the United Kingdom, with marginally softer exports to that nation year to date this year versus last. The U.S. trade deficit fell to its lowest level in 11 months in August. The improvement in the deficit in August came from somewhat higher goods exports, combined with a slight decline in goods imports.

International markets have shown a resilient stability in the face of political uncertainty surrounding trade policies. The Eurozone continues to emit consistent growth and China continues to demonstrate its economic strength, month over month and seems to be getting even more stable in its growth.  Markets have not changed dramatically from last month’s update; U.S. regional indexes were mixed this past month with some regions experiencing expected declines due to natural disaster concerns. The Northeast continued to exhibit some strong numbers and seems to be on a consistent rise after many months of extremely low growth. Perhaps most notably, U.S. exports improved this month, narrowing the deficit.

However, the U.S. still has a long way to go in this regard. Our top trading partners are experiencing multi–year highs in their production industries, and their exports consistently surpass our own. Furthermore, trade policy is in flux with the fourth round of NAFTA negotiations beginning in Virginia with expectations of controversial new U.S. proposals which have put a strain on the trade relationship between the U.S. and Canada.

Additionally, the U.S. and Korea are moving towards a potential amendment of a trade agreement. Although the general outlook is positive at the moment, this year has been rough on the markets so far and trade policy hasn’t stabilized for the U.S. so I’m not getting my hopes up quite yet.