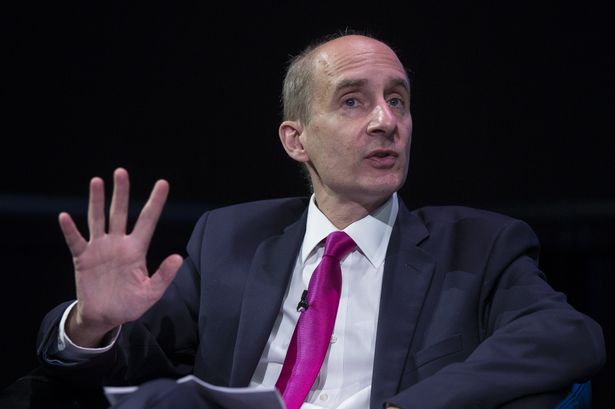 Andrew Adonis has urged other senior figures to speak out against Brexit after quitting as Theresa May’s infrastructure tsar in protest at her policy on Europe.

The Labour peer resigned as chairman of the National Infrastructure Commission, claiming the Prime Minister had sided with Ukip and the „Tory hard right”.

The former transport secretary also lashed out at the Government’s handling of the East Coast rail franchise, claiming a taxpayer-funded „bailout” was evidence that Whitehall was too distracted by Brexit to focus on running the country.

In his resignation letter, seen by the Press Association, he told Mrs May: „Brexit is a populist and nationalist spasm worthy of Donald Trump.

„After the narrow referendum vote, a form of associate membership of the EU might have been attempted without rupturing Britain’s key trading and political alliances.

„Instead, by allying with Ukip and the Tory hard right to wrench Britain out of the key economic and political institutions of modern Europe, you are pursuing a course fraught with danger. Even within Ireland, there are set to be barriers between people and trade.”

Whitehall sources indicated that Adonis, whose frequent criticism of Brexit had caused outrage among Tory Eurosceptics, had „jumped before he was pushed”.

But the peer insisted it was his decision to quit, accusing Downing Street insiders of „dirty tricks”.

He urged others to follow his example in speaking out.

He told BBC Radio 4’s Today programme: „I don’t believe the Brexit policy is sustainable and I believe that people like me who have a leadership position should be out there next year arguing passionately with the British people as to why staying in the EU is the right thing to do, alongside sorting out the deep social crisis which Britain is now in the midst of, which I think is a good part of the reason why Brexit started in the first place.”

Adonis said the 17.4 million voters who backed Brexit in the referendum were „absolutely entitled to their view” but „I’m absolutely entitled, indeed I believe it’s my duty, to say why I think that was wrong”.

„Very few of the people who voted for Brexit voted, I believe, to make themselves poorer,” he said.

„Wrenching Britain out of our key trading and international alliances is likely to make us poorer.”

He hit out at Transport Secretary Chris Grayling – a key Leave supporter at the referendum – over the „indefensible” East Coast franchise decision.

Adonis said: „What we are seeing at the moment is a nervous breakdown across Whitehall. Almost the entire government machine is spending its time seeking to wrench us out of the key economic and political institutions of the EU and everything else is going by the board.

„Part of the reason I resigned was because of the – I believe extremely unwise – bailout of the East Coast rail franchise which will cost taxpayers hundreds of millions of pounds.

„I simply do not believe that would have happened pre-Brexit, when senior Whitehall civil servants were on the ball and not being preoccupied as they are at the moment with having to negotiate Brexit and making the best of a bad deal.”

Allies of the Prime Minister appeared unconcerned by Adonis’s decision to quit.

A Government source said: „He’s been moving closer towards the exit door with each new onslaught he makes against Brexit.

„He’s now walked through the door before he was pushed.”

„It’s a bit rich for him to pontificate on what he calls populism, but what most would refer to as democracy, when he himself has never been elected by a public vote. He has instead relied on preferment from others.”