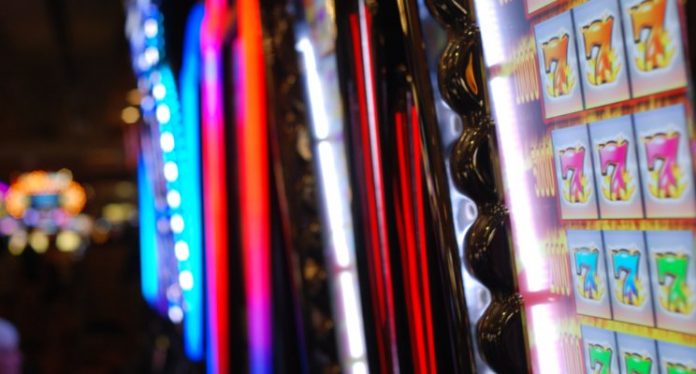 The eurozone economy is growing faster than the UK’s. While the UK economy increased 1.5% over the past year, that of the single currency area rose 2.5%, with 0.6% of that growth happening in the third quarter of the year alone. This boost is partly down to wage growth outstripping inflation, which has encouraged consumers to spend more. Data from Eurostat shows that employment is up, too, with the zone’s unemployment figure falling to 8.9% in September – its lowest level in almost nine years.

The government has announced a crackdown on betting machines. Currently, punters are able to spend up to £100 every 20 seconds on betting machines, known by activists as the “crack cocaine” of gambling. Now, following a long-awaited review by the Department for Culture, Media and Sport, the maximum stake will be slashed to between £2 and £50. The machines generated more than £1.8bn in revenue last year, so Britain’s betting industry is now bracing itself for a large drop in profits.

UK oil production could continue for another 20 years. The UK may not be renowned for its oil supply, but there are still between 10 and 20 billion barrels of oil equivalent (BOE) left under our waters, according to The Oil & Gas Authority. Some 5.7 billion BOE is ready and waiting to be extracted from already discovered reserves, and could sustain production for another two decades – great news for the 300,000+ people employed by the industry.

Supermarket meal deals contain up to 30 teaspoons of sugar. Health group Action on Sugar found that while this convenient lunch option – typically made up of a sandwich, drink and snack – may be kind on our wallets, it’s perhaps not so good for our health. The group has criticised retailers for including super-sized fizzy drinks and sugar-laden snacks such as chocolate and sweets in their deals, encouraging them to offer a wider choice of healthy options such as fresh fruit and water instead.

The nation’s top energy companies made a profit of £1bn last year, despite millions of customers defecting to smaller suppliers. Ofgem’s new ‘State of the Market’ reportfound the Big Six energy firms boosted their 2016 profits by charging consumers more if they failed to switch tariffs. The difference in price between the best and worst tariffs offered by these suppliers ballooned to £300 a year. Challenger energy companies are gaining ground, though, with the Big Six’s market share down to 80% from almost 100% in 2012.

Idea of the Day: Many professionals have experienced imposter syndrome at some point – that feeling that you’re not worthy of your achievements, or qualified for your role. To move past this feeling, begin by writing down reasons why you think you’re an imposter, says KPMG associate director Joe Kwon.

“By writing them down, you are allowing them to be expressed more fully, which dissipates some of their power.”