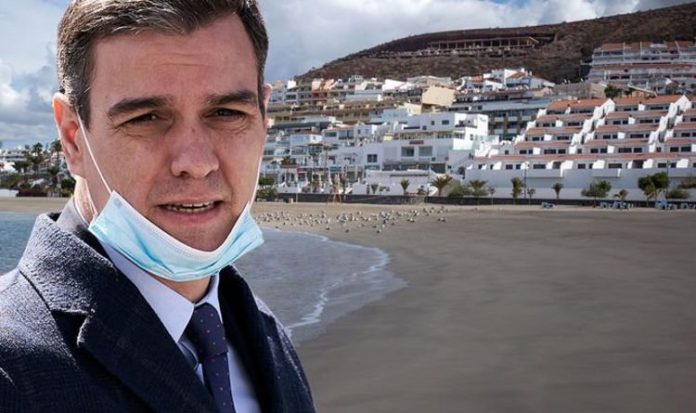 SPAIN is set to suffer long term economic consequences of the coronavirus pandemic as their economy could shrink by 15 percent.

Erik Nielsen, a chief economist at UniCredit Group, told Bloomberg southern European countries are dependent on the tourism industry. The tourism sector has been rocked by the lack of demand as a result of the COVID-19 outbreak. Mr Nielsen stated northern European countries will still suffer a drop of between 8 to 10 percent in their economies due to the pandemic despite being less dependent on tourism.

Mr Nielsen said: „Our forecast for Spain this year is minus 15 percent and about the same for Italy.

„This is the story of countries in southern Europe that are very dependent on the tourism sector.

„Even if you open up the economy, we think it is unlikely that people will go on holiday this summer to the Mediterranean.

„So there will be a bigger hit there than in northern Europe.

„Northern Europe will see a drop in the range of 8 or 10 percent.

„It is a guess more than anything else, but it seems to be of that magnitude.”

At the time of writing, Spain has the second highest number of COVID-19 cases in the world.

The death toll in Spain is currently higher than 20,000.

Over 80,000 people have recovered from the virus in Spain.

Spain is the most popular holiday destination with Britons.

The UK has the sixth-highest amount of COVID-19 cases across the globe.

The death toll has reached more than 170,000 at the time of writing.

More than 650,000 people have recovered from the coronavirus across the globe.

The United States has the highest amount of COVID-19 cases in the world with more than 792,000 confirmed cases.