Economist insights: In China, the authorities have curbed the drop in the yuan and PMI surveys have confirmed that the slowdown in the economy could be limited (p.2)

›       Thanks to this measure, which aims to prevent speculative downward expectations on the Chinese currency, the yuan’s potential additional downside against the dollar could be reduced if…

›       … as we expect, the slowdown in the Chinese economy proves to be limited, which the August PMI surveys appear to have confirmed

Focus Switzerland: Why do Swiss exports have low sensitivity to the appreciation of the franc? (p.4)

›       The Swiss economy showed strong resilience following the discontinuation of the exchange rate floor by the SNB, contrary to the fears of some

›       According to the estimates of our econometric model, the low sensitivity of Swiss exports to the appreciation of the franc can be explained by the far higher quality of goods compared to other countries

›       The quality of the goods exported by the Swiss watch, chemicals and pharmaceuticals sectors is 50% higher than that of their competitors, hence the small reaction of these exports to the high franc

›       The tobacco, energy, agriculture and transport equipment sectors suffer the greatest during periods of appreciation of the Swiss currency and could be the main beneficiaries of a future depreciation of the franc 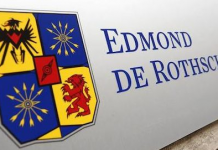 Economist insights: US trade tariffs against China, accommodative monetary stance in Brazil and Russia and euro zone PMIs have dropped once again

Global democracy has another bad year