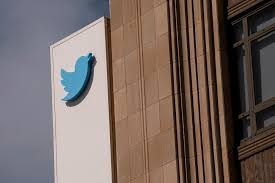 What is a Poison Pill?

A shareholder rights plan, more commonly known as a poison pill, is a company’s defense against a potentially hostile, or unsolicited, takeover attempt.

The general idea of a poison pill is to dissuade any outside takeover attempt by either making the company less desirable or by typically diluting an acquirer’s ownership of the target. A common type of poison pill strategy is known as the “flip-in.”

In 2022 Twitter enacted a poison pill strategy after Elon Musk acquired a little over 9% of Twitter’s common stock. According to Twitter’s press release:

“The Rights Plan will reduce the likelihood that any entity, person or group gains control of Twitter through open market accumulation without paying all shareholders an appropriate control premium or without providing the Board sufficient time to make informed judgments and take actions that are in the best interests of shareholders.”

Twitter’s rights plan becomes exercisable if an entity, person or group acquires beneficial ownership of 15% or more of Twitter’s outstanding common stock in a transaction not approved by the Board. If the 15% threshold is crossed, rights holders would then be able to purchase Twitter stock for a 50% discount.

As WLRK’s takeover outline notes: “A rights plan may also allow the target company to exchange each right held by shareholders for one share of the target’s common stock. This provision avoids the expense of requiring rights holders to exercise their flip-in rights and eliminates any uncertainty as to whether individual holders will exercise their rights and produce the intended dilution.”

History of the Poison Pill

The poison pill tactic was first credited to the law firm Wachtell, Lipton, Rosen, and Katz in the 1980s. The poison pill term originated from spies who carried toxic pills that could be ingested to avoid capture. Spies would swallow these pills if they thought they were about to be caught, similarly to how a target company may employ poison pill tactics to avoid hostile takeovers.

Poison pills can be very effective in dissuading a purchase but are often not the first line of defense. This is because the strategy is not entirely guaranteed to work, as a poison pill will not necessarily prevent the acquisition of the corporation if the acquirer is persistent. Furthermore, this tactic may weaken the company if employed incorrectly.

Other Examples of Poison Pills

In 2012 Netflix adopted a Poison Pill  to fend off Carl Icahn from effecting a  hostile takeover. Upon learning that Icahn had acquired a 10% stake in the company, Netflix immediately went on the defensive. Any attempt to buy a large equity position in Netflix without board approval would result in flooding the market with new shares, making any stake attempt very expensive.

Shareholder rights plans, or poison pills, are measures that a company may implement to discourage a hostile takeover. A poison pill does not always mean that companies do not want to be acquired. Sometimes they are used to force the acquirer to negotiate takeover terms more favorable for the target company.