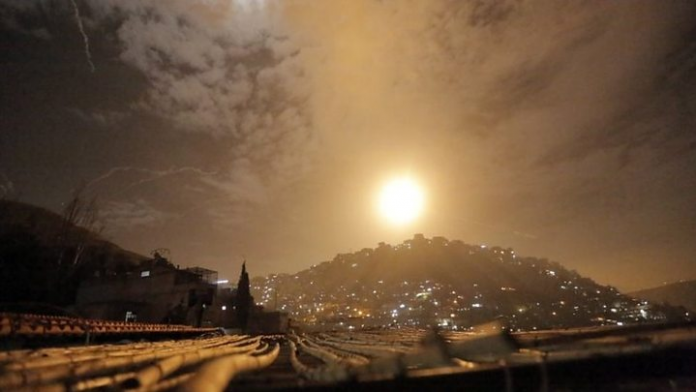 A long – very long, overdue action by Israel in Syria. This red-lune should had been be drawn 4 years ago by the Obama administration – are you kidding??!! – as Iran has no business in Syria – and that’s equally only to the Obama’s hate of Israel guts on him – Iran shall have not a single say in Syria, not one, none whatsoever. Well… that’s unless it is looking to be wiped out of this earth for good.  Actually a real loss – as the great Persian culture it goes tougher with those Ayatollahs… No kidding!!

I know people there – in Iran, the everyday Iranians, have very little to say in confronting the Ayatollahs, but there’s still hope – we also managed to overthrow our totalitarian-family against all odds – Truth is we’ve managed that through the good will of our military one day!

Yeah, that’s true – our Great Securitate – the obedient watchdog of the communist regime – played along beautifully – shoulder to shoulder with Stănculescu, just to keep themselves in the game, in the new game…

If Iran is looking for a confrontation it better face Israel – I doubt it this is a real possibility – in our real world Iran would not stay to Israel IDF not even half the time Sadam’s army stood to the US army !!!  Want a bet?!  Enjoy :))

I saw this on the BBC News App and thought you should see it: