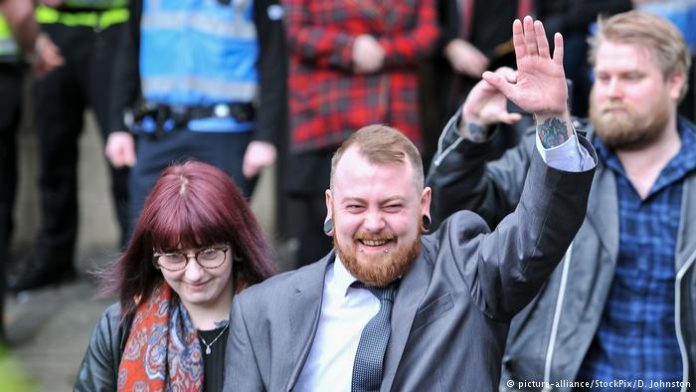 A judge in Scotland said the video of a pug raising its paw to a Nazi phrase “contained menacing, anti-Semitic and racist material.” The man responsible said he had intended the video to be a joke.

A Scottish court fined a 29-year-old man 800 pounds ($1,200, €900) on Monday for posting a viral video of his girlfriend’s dog responding to Nazi phrases and commands.

Meechan posted the two-and-a-half-minute long video of the pug, whose name is Buddha, in April 2016 under the title “M8 Yer Dugs A Naazi” (“Mate, your dog’s a Nazi”).

In the video, Meechan: 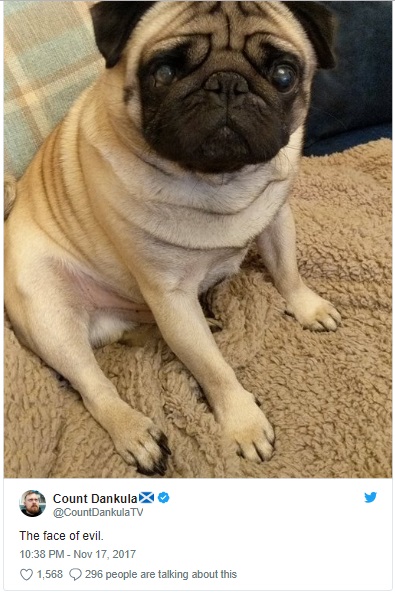 Meechan, who said the video was a joke, was arrested shortly after posting the video and convicted in March for posting “grossly offensive or threatening” messages online.

On Monday, judge Derek O’Carroll handed down the 800 pound fine after saying the video “was grossly offensive and contained menacing, anti-Semitic and racist material.”

Popular British comedian Ricky Gervais and a former leader of the far-right English Defense League (EDL) had supported Meechan during the trial.

Meechan, who is better known by his online social media pseudonym “Count Dankula,” wrote in his Twitter account description: “I’m not a Nazi, but my dog is.”