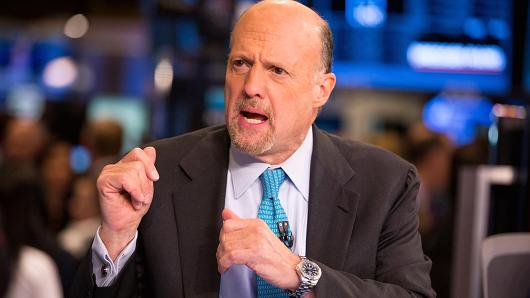 Hurricane Harvey is wreaking havoc on Texas, which is also having an impact on a number of companies.

Costco Wholesale (COST) and Home Depot (HD) seem to be done going down for the most part, but insurance companies are the big focus, TheStreet’s founder Jim Cramer, who also manages the Action Alerts PLUS charitable trust portfolio, said on CNBC’s „Stop Trading” segment.

Specifically, Cramer pointed out Allstate Corp (ALL) , which is up 0.75% Tuesday. ALL stock is just a few dollars per share below its 52-week high of $95.25, despite the concerns over Harvey and the damage it’s causing.

First, Allstate doesn’t have that much liability in this case, especially considering that the federal government is going to unleash a financial aid package. This could be up to $100 billion, Cramer said.

Second, Allstate and other insurance companies „can raise prices after this,” Cramer reasoned. It seems counter-intuitive that insurance companies would be rallying, but by raising prices, it helps to alleviate some of the burden from the current disaster. They’ll need to too, because the losses can be massive. 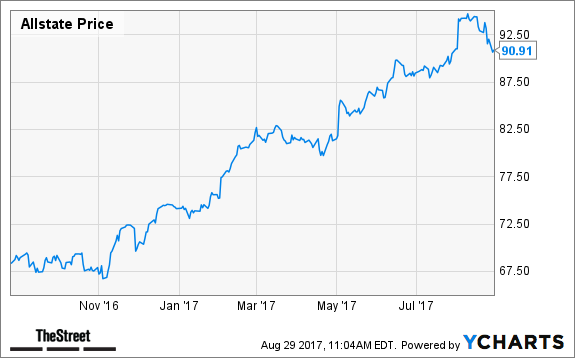