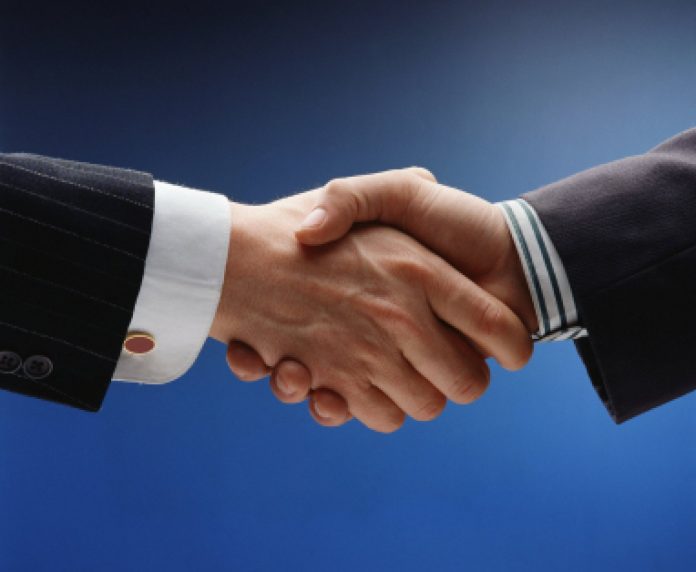 If you can move beyond the boring basics when you’re asked “What do you do?”, you’ll set yourself up for new relationships, opportunities and revelations, says introduction expert Joanna Bloor.

Mingling at a work event inevitably means being asked the question “What do you do?” over and over again. After years of repetition and conditioning, most of us respond with “I’m job title X at company Y.” And while this is the answer people expect, it’s also likely to linger in your new acquaintance’s mind only until it’s replaced by what the next person says to them.

“Answering with your title and company is the cultural norm. But when you do, you’re missing out on an opportunity for the other person to know who you actually are. You are not just your job,” says Joanna Bloor, CEO of Amplify Labs. She specializes in helping people discover and articulate what makes them distinctive so that they can form deeper connections with others.

And it all starts with how you introduce yourself.

Bloor’s own answer demonstrates the power of an original response. If she answers “I’m CEO of Amplify Labs,” her questioner will probably go on to ask about what it’s like to be a CEO or what is Amplify Labs. But those lines of conversation don’t really allow a person to really know Bloor. So, when she’s asked “What do you do?”, she replies: “Do you like your own answer to the question ‘What do you do?’?” People invariably admit they don’t. She then says, “I know — everyone struggles with it, yet the answer can have massive impact. I work with people on crafting an answer that is bold, compelling, authentic and unique. I help you tell people why you’re awesome.”

Introducing yourself this way isn’t just about standing out in a crowded room or cutting through extraneous jargon and chitchat. By naming your special sauce upfront, says Bloor, you’re increasing the chances that the other person will bring up an opportunity, relationship, business or idea that could help you. As Bloor puts it, “When you get your introduction right, the opportunity is not only to genuinely connect with people, but you’ll also be allowed to do the work you really want to do.”

Be warned: crafting your intro takes a bit of time and effort. But as the world of work continues to change in ways we can’t anticipate, knowing what sets you apart from the pack is crucial. Here, Bloor tell us how you can come up with your new response to “What do you do?”

1. Go beyond your title.

The first thing you need to do is figure out who you actually are. Bloor asks her clients, “What is it you would like to be known for?” It’s an uncomfortable question, but she finds it jolts people out of their comfort zones. Rather than relying on previous accomplishments, you’re forced to consider what you’d like your impact to be.

Bloor used this tactic on me. My typical response to “What do you do?” is “I’m a journalist and playwright.” But after she asked me what I loved about these professions and what I hoped to accomplish through them, she helped me craft a much deeper and more compelling response: “The world can be an overwhelming place, so I help people connect to each other by telling stories as a journalist as a playwright.”

2. Think about the problems that only you can solve.

Bloor believes that everyone, no matter their job or industry, is essentially a problem solver. So when she interviews people to help them discover their unique story, she’s also trying to find out the problems they’re particularly good at solving.

Use this tactic on yourself. What problems do you solve at work? And what makes you especially effective at doing so? Framing yourself as a problem-solver may trigger an instant reaction when you meet someone new. “I have that problem, too!” they could say. Figure out how to deliver your capabilities in a single sentence. For example, instead of saying “I’m a lawyer who specializes in X type of law,” you could say, “I think the biggest problem about the justice system is A. As an attorney who focuses on B, I’m helping find solutions through doing C.”

3. Ask your friends and colleagues for input.

It’s often hard for people to see their own skills. “The thing you are fantastic at can be as natural to you as breathing, so you don’t value it,” says Bloor. If you’re having a difficult time identifying your talents, she suggests you turn to the people who know you well and ask them “What is it you see that I do well and that I’m unaware is really special?” You’ll generally find common themes or language in their responses, says Bloor, even if they’re people from different parts of your life.

4. Flash back to your childhood.

Still stumped? Step into a time machine, and think back to your eight-year-old self. What were you great at during that age? According to Bloor, that special skill can often apply to your present and future selves and help you see how you’re different from everyone else. For example, when Bloor was eight, she had a great sense of direction and easily memorized routes while hiking with her father. That skill translated into her previous career of building software for companies — she could visualize 3D maps of software architecture.

Finding people that we connect with can be elusive, especially at work-related events. “I think a lot of the angst in the workplace and angst with each other is because we don’t talk about who we really are as people,” says Bloor. So, take a chance, open up in your opening remarks, and reveal something honest about yourself. Use phrases, such as “I’m really passionate about X” or “What excites me most about what I do is Y,” which can communicate your emotion and enthusiasm and prime others to respond in kind.

6. Gather some feedback on your introduction.

After you’ve crafted your opener, practice it on five people you know well. Then, a few days later, ask them ‘What do you remember most about my intro?” Their few-days-later response will tell you what is most memorable about your opener, what you could alter, and what you might try to lean into when meeting new people.

7. Blame it on someone else.

8. Resist going back to the same-old intro.

The truth is, it will always be easier to say the stilted “I’m job X at company Y,” stumble through small talk, and then move on to the next person and glass of wine. In addition, when you give a nontraditional introduction, you will inevitably run into some staid folks who don’t get it.

But Bloor urges people to persist. She recently coached a woman named Rumi, whose standard intro was “I’m a copywriter.” After the two women worked together, Rumi realized what her secret strength is: her ability to be the other person in her writing. What’s more, the process of crafting a new opener made Rumi realize that “the part of me that I am ashamed of — being the perpetual outsider — is the very place from which my bulletproof power springs forth.”

Like Rumi, you may find that coming up with an authentic, personal introduction leads to deeper revelations in your life. “We all want to learn and figure out why we matter on this planet and in this life,” says Bloor. “And it can start with being able to answer the question ‘What do you do?’ better.”