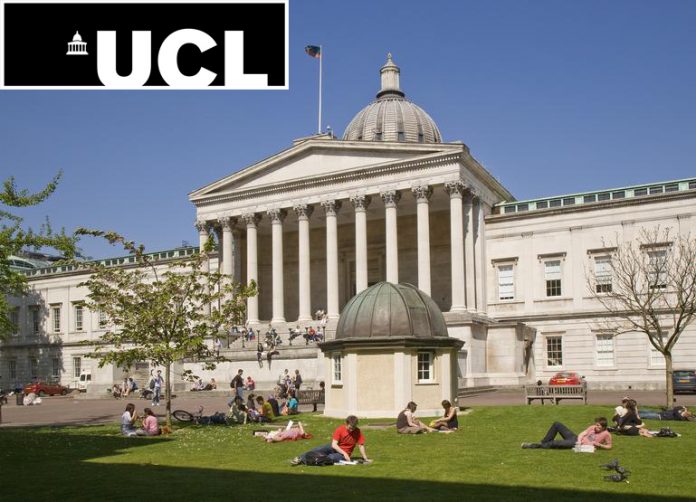 The notions that a man should be active and aggressive, and a woman should be docile and controlled by the men in her family are expressed in practically every myth, even those in which women seek to gain control of their lives. Marriage is seen as central in a woman’s life and the notion of virginity offers a kind of freedom to women and goddesses, freedom that they are no longer entitled to when they become involved with men or gods.

From the beginning, the very first woman created was designed as a punishment for mortals. Hesiod describes the creation of Pandora using phrases such as “an evil thing for mortals”, “fashioned the beautiful evil”, “from her is the race of the female sex, the ruinous tribes of women, a great affliction, who live with mortal men” which inspire great despair and powerlessness. It can be argued that, because they were created as punishment for men, women were made to pay ever since, in the form of being seen as the inferior gender and having to completely submit to men.

Women in Ancient Greece had many duties, all of which centred around marriage. They had to take care of house duties such as spinning, weaving and cooking, as well as conveying society’s values to the children. The centrality of marriage is illustrated in several myths, from praises on loyalty such as Penelope’s devotion to Odysseus to the extent to which women went to in order to preserve their marriage, such as Deianira. An example of the importance of marriage is clearly illustrated in Euripides’ Medea . Medea, wife of Jason, sacrificed a lot for her husband, from leaving her home to murdering Pelias, only to have her husband betray her and marry another, younger woman. In retaliation, Medea kills her children as well as Jason’s new wife, Creusa and her father Creon. Medea’s desperate actions serve to highlight that without marriage, the woman is nothing.

In her speech, she illustrates the unfairness with which women were treated at the time : “But we are forced to look to one soul alone. Men say of us that we live a life free from danger at home while they fight wars. How wrong they are! I would rather stand three times in the battle line than bear one child.” Through this speech, we glimpse the struggle of women at the time and the suffering they are made to go through, in relation to their husbands, a suffering they could not dream to escape, as otherwise they would bring shame upon themselves. It should also be noted that myths were narrated and written exclusively by men, and therefore by recounting this speech, they acknowledge the struggles to which women are subjected on a daily basis. However, this acknowledgement is not followed by any intent to take action or change things, it is only described as something that exists and to which women will have to get used to.

The desperation to remain in a marriage is further illustrated in Deianira, the wife of Heracles. Sophocles, in Trachiniae , describes as Deianira, desperate to win back her husband, sent him a robe dipped in the blood of Nessus, a centaur, for him to wear at his thanksgiving sacrifice to Zeus. This ends up killing Heracles, as the blood was poisoned. When she realized what she had done, Deianira ends up killing herself with a sword. This myth serves to reinforce the common belief at the time that women could not possibly live without a husband, that they were nothing without him.

In myth, there were two main courses of female existence, with males in marriage, the importance of which is described above, and in celibacy, mostly on the part of goddesses.
Virginity was shown to offer freedom and protection only to goddesses like Athena and Artemis, who, because of their goddess status, had the power to defend themselves. In Theogony, Hesiod describes how Zeus honours the virgin goddess Hecate above all others and how he bestowed her with gifts. He permits Hecate to help or hinder kings, soldiers in battle or athletes in competition. This illustrates how celibacy helped goddesses win back power from males, and how it brought respect to them. However, virginity also has a bad connotation for both goddesses and women alike. It denotes an abnormal state, something that is unnatural to anyone. Before meeting Apollo, the Thessalian princess Kyrene was a famed huntress, slaying wind beasts. She was therefore considered wild and needed to be tamed by Apollo . In this context, virginity signifies a wild, untamed female, an anomaly.

Although goddesses are portrayed as powerful, they are also seen as less compared to the male gods, especially Zeus. This is clearly illustrated in the Homeric Hymn to Demeter (2), which tells the story of Persephone, Demeter’s daughter, who was snatched away by Hades, with Zeus’ approval, when she was picking out flowers. Zeus’ will was clearly more powerful than Demeter’s, which again highlights the inferior role of females, even among the gods. However, goddess’ powers are still acknowledged as Demeter manages to win back her daughter from Hades, for 8 months of the year, by keeping the seeds of grain from mankind so that humans began to starve, and gods received no sacrifices. Nevertheless, even by demonstrating her powers, she had not managed to fully achieve her goal, but only achieved a compromise with Zeus, which suggests that goddesses cannot go completely against him as they will always remain inferior to him and all they achieve will be because he allowed it to happen.

I have discussed how women and even goddesses are portrayed as inferior to men, however it also has to be acknowledged that both men and women are bound to suffer, and that there are times where myths simply display the human condition and how that causes problems, not specifically the gender of the protagonist. This is illustrated in Sophocles’ Antigone where he describes how “evil seems good to the person whose wits the god is leading towards delusion (ate); he acts only for the shortest part apart from delusion”. These words applied to both Antigone and Creon as Creon condemned Antigone to death for trying to bury her brother against his orders and in turn, his decision caused the death of his entire family as well. This illustrates that the Greeks view mythical representations of relationships between men and women not as just a game of power, but as morale tales which depict punishment for crimes that go against their morale code. In this particular situation, Creon’s actions are deemed as shameful and are therefore punished.

Euripides’ Bacchae also depicts how both men and women are subject to this “folly in speech and fury in mind” and are both equally held accountable for their actions. It describes how Dionysius seeks revenge on both Pentheus, the king of Thebes, and his mother Agave for denigrating his mother Semele. is murdered by his own mother. In the end, Agave ends up killing her son in a frenzy of madness and is disgraced and exiled. This can be a particularly vivid reminder of the power of ate and how when going against the morale code existing at the time, in this case by violating the belief in the god Dionysius, both men and women are held equally accountable for their actions.

In conclusion, myths depict women as the inferior gender, as behaviours such as blind loyalty towards one’s husband as in Penelope’s case are praised, and behaviours that go against the will of men are said to have dire consequences, as in the case of Medea and Deianira. Even goddess, as powerful as they are, are seen as submissive to the will of Zeus, and the only way in which they can take back their power, to some extent, is to do something that could somehow cause suffering to the gods, such as Demeter withholding grain from humans and causing them to stop sacrificing to the gods. The role of women is firmly established as having to stay at home and take care of the house chores, as well as be submissive towards their husband, nevertheless, myth seems to depict punishment as something both men and women receive for their actions. They, therefore, seem equal in this aspect, as both men and women should be humble and acknowledge the gods’ power, as illustrated in Euripides’ Bacchae.