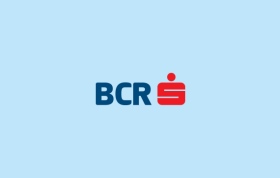 The National Bank of Romania has since the beginning of the year shot fire twice on the policy interest rate front, driven by a fast rise in the consumer price index, which in February reached 4.7%, far above the upper bound of the targeted range. From an inflation perspective, as well as a positive output gap perspective (seen by the NBR at well above 3% at the beginning of 2018), further hikes are completely justified. We nevertheless believe that the NBR may want to sit this occasion out and hold fire. We see at least four reasons for such a potential stance. First, the external environment is such that a “hold” decision would not necessarily trigger a strong market disappointment followed by a significant weakening of RON, but on the contrary, a “hike” decision could invite some strengthening pressure. The carry-to-volatility ratio of RON is already much higher for RON than in the case of any CEE peer and a further rate hike would only increase the gap.

Second, hiking three times in a row would signal to the market a strong hiking cycle potentially ending well above 3% at a time when the economy is showing some tentative signs of cooling or at least further advances of consumption, investments and exports are more uncertain given the slowing wage growth, the uncertain fiscal environment and a relative slowdown of industrial activity in the euro area. Third, inflation has been rising driven mainly by surges in regulated prices, excise taxes, oil and food prices, which are considered supply side forces and the message of the NBR so far was that their impact should be rather transitory, such that inflation expectations should not factor them in on a
sustained basis. This issue is central to the calibration of monetary policy and a hike tomorrow runs the risk of telling too pessimistic a message before the numbers necessarily going in that direction.

This is why a May decision on the interest rate seems to me a better story, as a new inflation report would give the opportunity of a proper calibration of the NBR’s communication, which is an important component of the policy toolset, especially when dealing with the public’s inflation expectations. Fourth, the hefty excess liquidity and the significant lag in bank deposit interest rates adjusting to previous policy rate hikes are diluting the real economy impact of a policy rate adjustment.

From that perspective, liquidity absorption measures could be far more effective in providing a real effect in the market. Bottom line, we are anticipating a no change decision tomorrow, but we see stronger chances of a hike in the May policy meeting. Overall we maintain the view that the key rate will reach 2.75% at end-2018. Further, we see liquidity measures as an additional tool to be used by the NBR at times of EURRON upside stress, while macro-prudential measures could be rather aimed at cooling household lending growth, provided that other Parliamentary initiatives currently under discussion would leave any growth on the table.