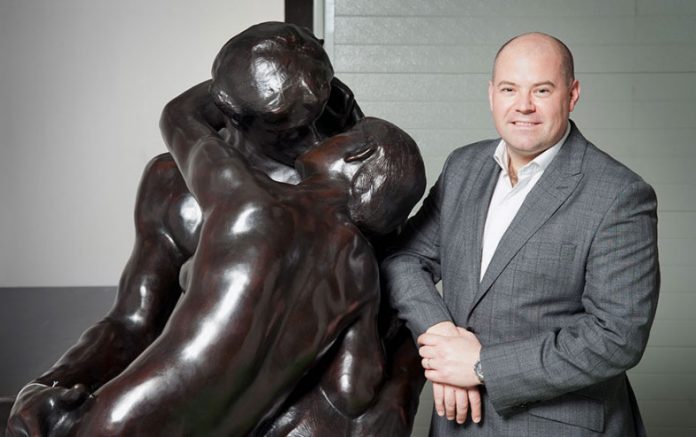 Specialist Jay Vincze, Head of Impressionist & Modern Art at Christie’s in London, reveals the story behind one of the most celebrated depictions of love in the history of art

‘When you stand next to this sculpture, you absolutely understand the electricity of it and the timelessness of its appeal,’ says specialist Jay Vincze of Le Baiser, or The Kiss — one of the most lauded works of Auguste Rodin’s career, which is set to be offered in Christie’s Impressionist & Modern Art Evening Sale on 28 February.

Measuring almost two metres in height, the work represents Paolo and Francesca — the tragic lovers from Dante’s 14th-century poem Inferno, who fall in love while reading the story of Lancelot and Guinevere. All would be well were Paolo not the brother of Francesca’s husband Giovanni who, upon learning of the affair, kills both of them.

Rodin’s sculpture, however, holds little of this tragedy: the couple are depicted in the first flush of love, the text that inspired their embrace still held in Paolo’s hand. ‘It’s celebratory,’ says Vincze. ‘Although it will eventually lead to their deaths, the kiss is the moment they give in to their desires.’ 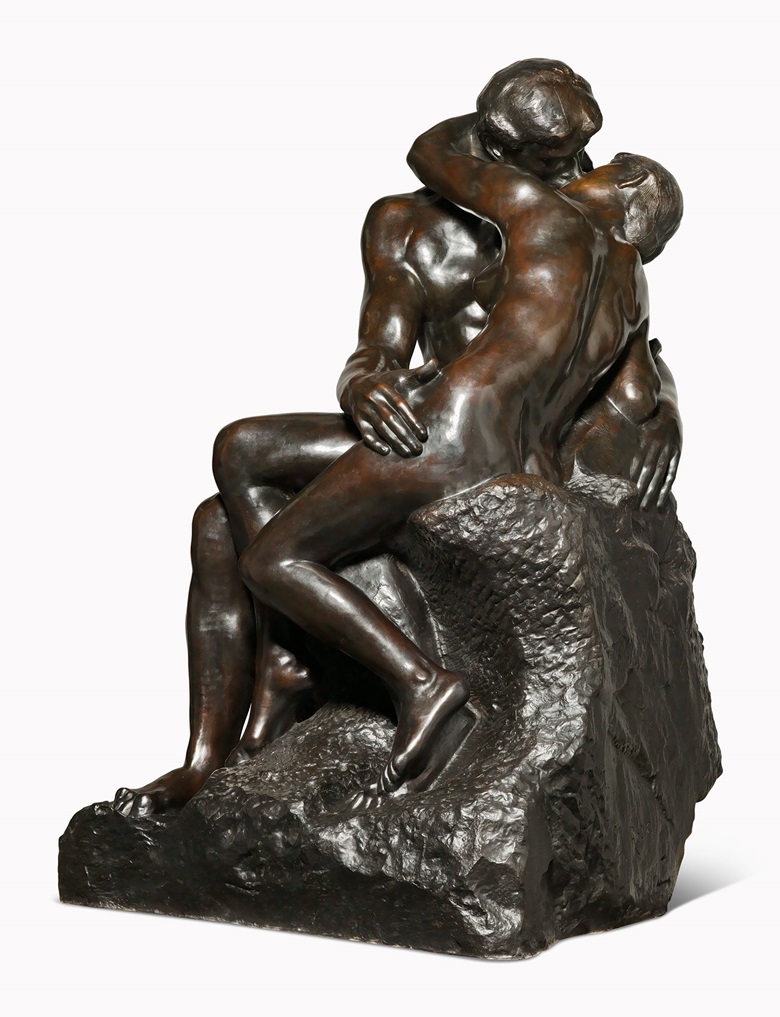 ‘The composition was intended to form part of The Gates of Hell — a commission from the French government to depict scenes from Dante’s Divine Comedy,’ continues Vincze, Head of the Impressionist & Modern Art department at Christie’s London. ‘The passion of that moment between the couple didn’t really fit, however, and Rodin made it a composition in its own right.’

When a marble edition of the work was unveiled in 1898, it became immediately popular among French critics, who referred to it simply as Le Baiser  or The Kiss. ‘It became a shorthand for love; for that electric moment of the first kiss,’ says Vincze. ‘Rodin’s decision to strip the couple of clothing, or anything that might link them to a specific context, allowed them to become as enduring as love itself.’

Nor does Rodin’s style fix his sculpture in time. ‘The twist of the female body and the musculature that we see beneath the skin of both the man and the woman is reminiscent of Michelangelo, and very classical in style,’ explains the specialist. Instantly recognisable, the sculpture remains one of the most powerful evocations of love in art history. Moreover, Vincze concludes, ‘it encapsulates the genius of Rodin.’